Over the years, I customized my keyboard layout a lot (Bootmapper client then and QMK Toolbox now) and this is what I ended up using. It’s pretty much HHKB layout with some QMK hacks on top. 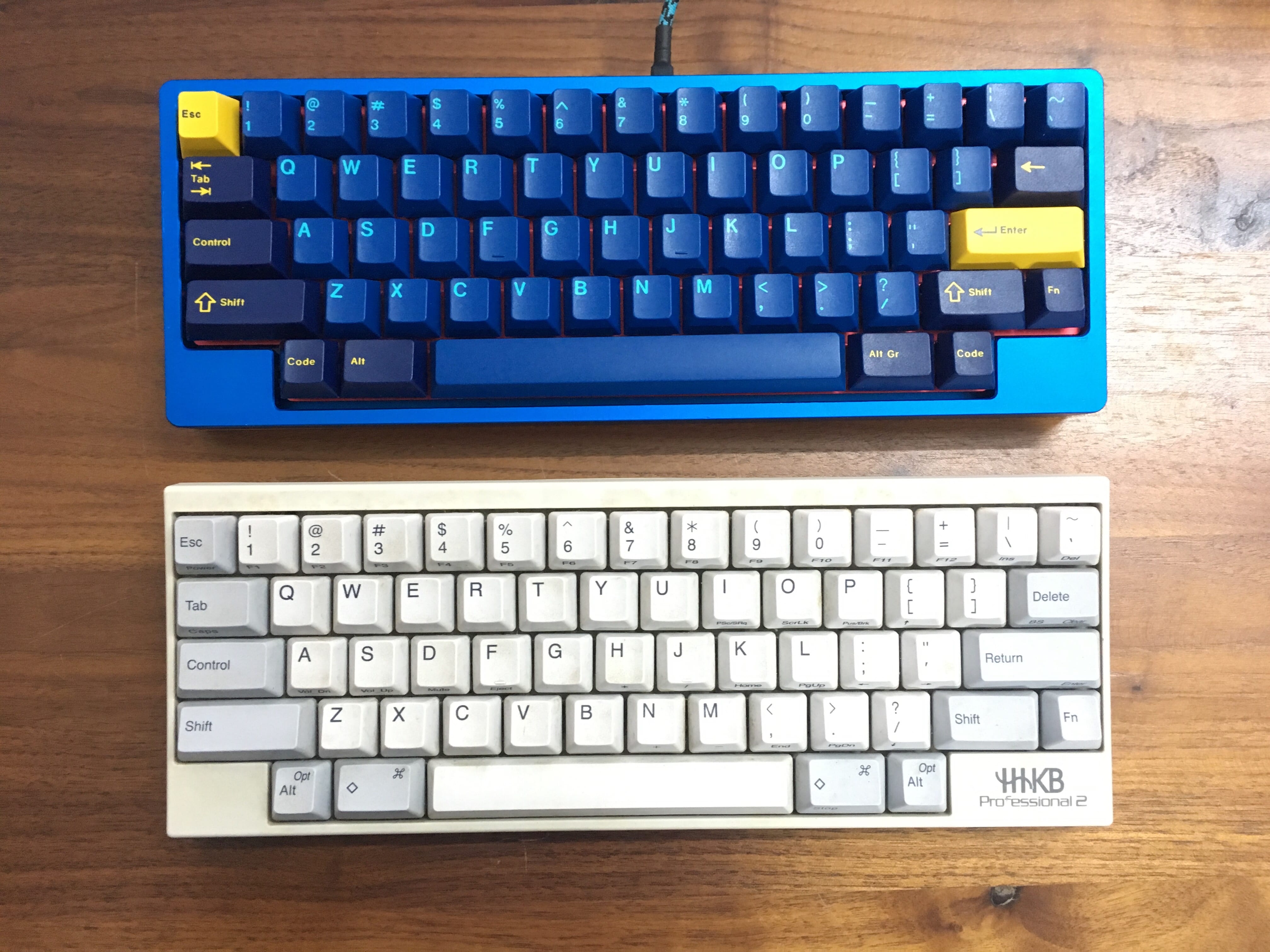 CAPLOCK is useless to me so I change it to CTRL. I also set it up to use Mod-Tap key which will act as CTRL if I hold it but works as BACKSPACE if I tap it.

If I press Fn+CAPLOCK, it’s gonna be CAPLOCK as normal. Though I don’t use it, I just want it to be consistent.

This has a major benefit that I can do BACKSPACE by using my pinky finger instead of moving my right hand out of position.

The idea of SpaceFn is you will use SPACE as your layer switching key because it’s easily accessible all the time when you’re typing. You can read more about SpaceFn here.

While it sounds cool and all, the problem araises when you type fast, the SPACE key sometimes will be registered as layer switching key. You could reduce the wait for hold delay but I could never get accustom with that. This problem is quite severe becase SPACE is frequently used.

So I ended changing this layout a bit to a what I call EscFn layout where the ESC key is the layer switching key. The ESC is now LT(1, KC_ESC): hold for layer switching and still ESC on tap. I also enable RETRO_TAPPING so that in case I hold and release ESC without pressing another key, it will send ESC anyway.

This is better because:

Also, I don’t setup the whole thing, just the arrow cluster and HOME/END keys. Even though I’m using amVim with VSCode but there are still many apps which requires arrows for navigation.

I still keep the WASD as arrow cluster for “backward compatible”.