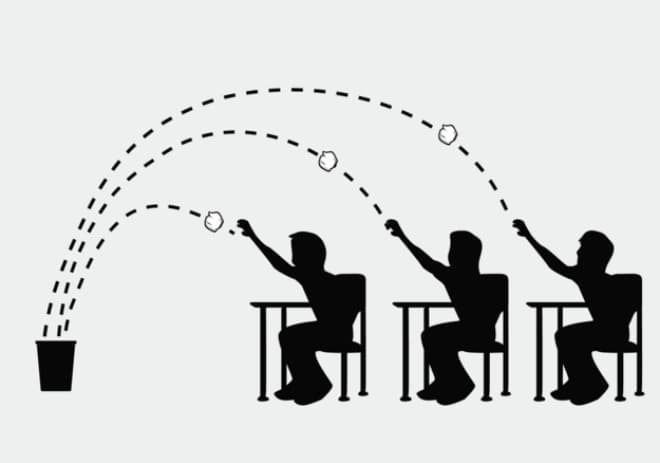 Be aware of the opportunities that we enjoy, which others may not. Our success might not be merely our own, can hopefully instill in us some empathy for people who didn’t have similar opportunities.

We all want Love.

There’s always someone for somebody.

Be vulnerable. Break down your walls. Open up.

Be kind to yourself.

It will come. It will happen. Don’t try to find it, somebody’s gonna find you.

Choose your relationships. Value those who are important to you.

Do not take them for granted, ever.

And most of all, love. Always.

I know we can easily get away with a single command line but this app makes it so much easier for dealing with multiple ssh tunnel. Also, without the hassle of going to Network Preferences to toggle socks proxy. This is the best app I tried so far.

Currently at v0.2. node-oracledb makes use of C API for performance which makes it more like a “thick client”. That mean you are required to install Oracle’s client lbiraries1. Though versioned as 0.2, node-oracledb already supports a lot of features such as connection pooling, statement caching, client-result caching, etc…

node-oracledb is not yet available through npm. You will have to clone and run npm install manually by yourself. Windows support is still pretty rough but I don’t actually care much. I don’t have much need for Windows server these days anyway.

Great news for io.js team. There are quite a few big names in OSS joining the io.js train already, namely NW.js, Atom.

To be fair, I don’t want io.js to merge back to nodejs if they succeed. The more I read about nodejs and Joyent, the more I hate them. io.js should just proceed on their own.

As for Atom, it still fails to impress me after a long time. Loading application alone (no project) is approx~ 2 seconds for me1 which is unacceptable. Code editor should be fast. If they can’t even sort this out, I don’t think I would bother trying their regex search or anything else performance-required.

jekyll is an awesome static generator but its regenetion time is totally unexceptable. It works well when you have small number of posts but start to degrade as number of posts increases. Actually, I don’t care about it much when I git push to the repo because my VPS is using SSD-cached but previewing the site at localhost is such a pain.

So when I take a look at jekyll again today and see this pull request, I’m so excited and couldn’t help but clone the repo and rebuild jekyll to test it out myself.

A quick look at jekyll reveals that it now has a file named .jekyll-metadata to keep track of mtime of the change file and their dependencies.

I tested the beta gem on an old PC of mine with 5400rpm HDD to see how much speedup the new build offers. Prior this, when using jekyll serve, the regeneration speed is really slow. It takes minutes (literally minuteS) for a site with barely over 100 posts.

It does actually speedup. A quick change in a single file now takes 17 to 40 seconds to regenerate (of total ~100 posts). Still no where near the speed I expect but it’s a big step up from where it was. I’ll take it :)

This pull request is expected to be in jekyll 2.6.0 release.

I’ve heard so many good feedbacks about BitTorrent Sync. The only complain seems to be how it isn’t open-source. Today, I’ve decided give BitTorrent Sync (btsync) a whirl to see what all the hypes are about.

Here I thought why don’t I use it to backup stuff to my VPS. My Dropbox is just a bit over 70GB and the 50GB free space promo is going to expire soon. I’m going to need to offload some stuff elsewhere, namely Camera Uploads. BitTorrent Sync seems to the perfect fit for this kind of thing. Plus, I have quite a lot of free space on my VPS.

So I installed btsync on my VPS. It’s as simple as download the file and extract. You will get an executable btsync.

btsync by default will start on port 8888. I then create an Apache2’s virtualhost, bind it to port 8888 in order to access its webui.

From my local machine, I add a folder to btsync, copy its readonly access key and add it to my server’s btsync webui. Tick Override any changed files on the server.

BitTorrent Sync doesn’t support document revision yet so Dropbox is still far superior. But the sync speed it offers is just amazing, leaving Dropbox in the dust.

Though I don’t trust my server keeping my data safe, it doesn’t hurt to have one more alternative backup. You definitely shouldn’t use it as your sole backup solution.

By default, your shared folder with mod_autoindex enabled looks like this.

The icons looks like they were from Windows 3.1 era. I am by no mean a designer but looking at this seriously make me want to vomit.

I decided to take a quick look at mod_autoindex’s documentation and grab some free icons from Dribbble to make it better.

Turns out, it’s easier than I thought. Theming is supported out-of-the-box with mod_autoindex. I just have to copy some icons (frequently used file types) and add a few lines in my Apache’s vhost config. I can even inject CSS too. Every element already has proper id and class so I can just inspect the page and customize to my liking. 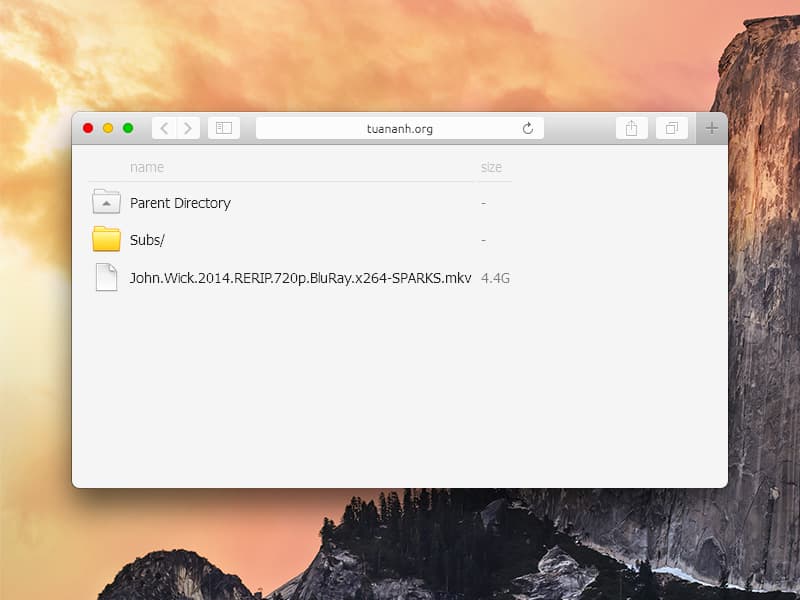 If you’re too lazy for this stuff and just want a decent looking theme, take a look at Apaxy. Follow the installation instruction there.

Nodejs comes with an amazing package manager called npm. Start a project with npm init which will then create a configuration file named package.json, keeping track of all the modules your project is using. You don’t have to manually manage this file yourself. If you want to add a package to package.json you can add --save parameter when installing it.

pm2 instead of forever

When you start learning about NodeJS, you may notice that node process may exit unexpectedly when errors are not handling properly. forever is a node package that ensure node process will run continuously in the background. But forever is very limited. It doesn’t have support for clustering, very limited logging and monitoring.

I later found out a much leaner solution called pm2. Compare to forever, pm2 looks like a full solution for deployment with builtin clustering support, terminal configuration and better logging support. In fact, ever since, I only use pm2 for my production server.

Enabling clustering with pm2 is as easy as

Using 0 means that pm2 will utilize number of threads equals to number of your CPU’s cores. You can specify the no. of child process as you want, ideally one per processor core.

As for local development, I prefer nodemon to keep track of changes in my application and automatically restart the server.

For starters, callbacks are nightmare. Many popular frameworks still make use of callback heavily which creating the sense for newbies that it is the correct way of doing things in nodejs. It’s not. Over the last 2 months, I’ve started using Q, async, bluebird and then generators. Of those, generator seems to be the most elegant solution, producing much more readable code than callbacks.

I’m pretty sure most nodejs starters will use console.log() everywhere to debug the application. I did that. It was ok for quick debugging but sometimes, you need a little more than just console.log. node-inspector is a node package based on Blink Developer Tools that let you debug right in your favorite browser.

These are some of the things that I’ve learnt in the last 2 months working with nodejs. Nodejs is an amazing platform but it can be a pain sometimes. These tips save me a lot of times and make developing in nodejs so much more bearable.